The evolution of online casinos 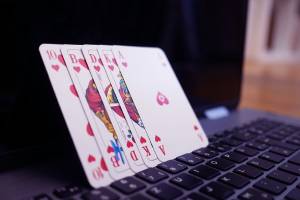 A few years ago, the only places where you could challenge your luck was in the physical casinos, where people bet their money with the intention of multiplying it in the different games that were there.

But that is in the past, because with the advancement of technology and internet connection, online casinos have gained even greater popularity than ordinary casinos did. There are many reasons for this, but the ones that stand out the most are:

The etiquette that was characteristic of royal casinos was formal or semi-formal because it was a way of representing economic power. But gambling at online casinos does not require as many formalities; it just requires attention and good luck.

The story of how online casinos were born, contrary to what is collectively thought, began in the 70s, although this was only the digitization stage and continue through some years as we describe below:

Since large amounts of gambling money moved inside casinos, customers always expected the latest in technology within them.

This is how at the beginning of the 70s, slot machines were the first digital innovations of casinos, leaving behind mechanical copies. This digitalization made the behavior of slot machines like computers, based on more random algorithms.

The next games to be digitalized were table games, with the first being blackjack although still practicing physically. In a way, digital card games were the ones that benefited the most from using the internet to be able to have real-time digital games between two or more people, but that came almost 20 years later.

In 1994, there was an entity that totally changed the business that casinos were: the jurisdiction of Antigua and Barbuda with its Free Trade Agreement. Basically, what happened was that Antigua and Barbuda would begin to grant licenses to allow online gambling, and this was done by the General Directorate of Gaming.

Thanks to this, the casino venues began to comply with the rules established by the Process Zone Law to earn their license and allow online gambling. This same year, 1994, and partly thanks to the new licenses, Microgaming was born, a technology and software provider that became essential for the implementation of online casino games.

Microgaming became the first software company in the world to use the internet in its own interpretations of casino games, or games of chance. This was the basis for the development of online casino games, and it itself changed the world of gambling in 1996 as people began to develop a preference for making bets from home rather than having to move to the casino supply.

Since gambling is serious, it needs to be safe, which is why Cryptologic joined the online casino game by creating and developing a reliable financial transaction platform for users, and InterCasino was the first online bookmaker to combine this technology. Online casinos are the best alternative to try your luck from the comfort of home, and they will undoubtedly grow over the years.

Home » The evolution of online casinos