The history of casinos and betting 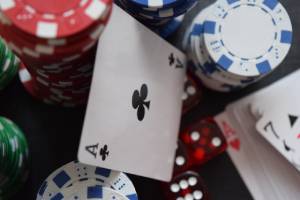 Casinos are very fashionable today, especially online casinos, however, what do we know about its history? But above all, what is the origin of the word «casino». We are going to try to answer this question, as well as learn a little more about the origin of the first casinos in the world.

What is the origin of the word casino?

The origin of the word casino is Italian, its root being the word “casa”, meaning in many cases a small country town or social club. During the 19th century, the word casino included other public buildings where pleasant activities were carried out, which were built near a large villa or palace, being used to perform different civic functions such as dances or play games of chance.

A differentiation must be made with other meanings of the word “casino”, which is not always the name of a place where to play, such as the Catalina Casino, located on Santa Catalina Island, in California, or the Casino Copenhagen, a famous Danish theatre in which public meetings were held during the famous Revolution of 1848, framed within the period of the Revolutions of those years, where it was determined that Denmark would become a constitutional monarchy.

The history of casinos is very complex to define an exact date of origin. Gambling already existed in ancient Greece and Rome, and from that time we have found hundreds of references to games of chance.

The word “casino” is relatively modern, therefore it could not be called that way, but the first gambling house in Europe was the Ridotto, inaugurated in 1638 in Venice, Italy, by order of the Great Council of Venice that ordered its construction for providing the population with controlled games of chance during carnival.

The first casinos in America

At the time we have talked about them as well, but it is worth going back to the origin of the first “saloons” in the United States, as American gaming establishments were known.

Four cities were the main promoters of the saloons: New Orleans, St. Louis, Chicago and San Francisco, in them, travellers could find people always ready to drink, chat and play. From that moment on, a period of prohibitions on gambling houses began until in 1931 it was legalized throughout the state of Nevada, where the first legal casinos in the country were installed (and which we now know as Las Vegas). Another important milestone occurred in 1976 when New Jersey decided to legalize gambling in Atlantic City, which is currently considered the second most important city in the United States in terms of gambling and casinos.

Why talk about Macau here? Because you have a curiosity that you should definitely know: it is the largest gambling market in the world, almost tripling the profits of Las Vegas. Macao, a special administrative region of China, was a former Portuguese colony and from that moment became a centre of interest for visitors from nearby Hong Kong (British), who flocked to the island to be able to play more freely.

Home » The history of casinos and betting